What are you trying to prove? 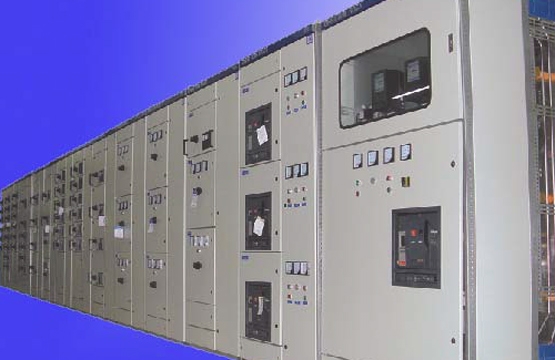 Electric motors are remarkable devices. They’re used in so many different applications, in every industry, all over the world. Despite technological advancements in many areas, electric motors, by and large, operate precisely the same way now that they always have. I’m always surprised to discover how many people, who otherwise are quite learned in other areas, find electric motors and their operational theory a mystery.

When my youngest daughter was a freshman in high school, she had a physical science class where they studied electric motors. She found it a bit confusing and decided to come ask me if I could explain it to her. I gave her the same explanation that I give anyone who asks me about this; a motor works just like using a magnet to chase another magnet around. The stator windings develop an electromagnetic field around them and then induce one on the rotor. Those two electromagnetic fields are slightly out of phase with one another and one essentially pushes the other one around. I could see the light bulb over her head turn on instantly. Obviously, it’s a tad more complicated than that, but that’s the basic idea.

Considering how many folks are somewhat confused by motor theory, it should come as no surprise how many are confused by the concept of motor testing. I started my CBM journey in IR Thermography and did that exclusively for years before being exposed to Electric Motor Testing (EMT). I’d heard of “megger” testing of motors but didn’t realize that there was a technology to test all the aspects of electrical motor and motor circuit health like EMT. I had already spent many years testing other types of electrical apparatus, so I thought I had an idea of what to expect. I was wrong. There is so much to know about EMT that even now, a decade after first seeing it, I’m still picking up tidbits every time I do it. However, for many maintenance folks, it remains a mystery. Voodoo, snake oil, what have you.

Some of the problem is a lack of understanding of CBM, along with simple semantics. Some years ago, I was in a tire manufacturing facility in the Southern US. Tire manufacturing is an inherently warm process, and the facility was in a location with very high summer temperatures when I was there. So, imagine testing motors in a sauna, and that’s kind of how we felt. I’d been assigned an escort who was to expose motor control circuits for me and to connect the tester for me, as we were prohibited from actually touching the equipment. The guy who had been with me was as sweaty as I was, was pulled away from what he was doing before I arrived and had to wrestle open MCC buckets and control panels covered with carbon black and all manner of dust. As he opened the first control panel of the day up and attached the test leads, he asks me in a very exasperated tone “What exactly is it you’re trying to prove anyhow?”

Understand now that it was way too hot to be talking.  I just wanted to get my motors tested and then shower.  But I’m a people person, and this guy was asking me to explain something to him, so I tried. “I’m testing the motor to discover any failures in it.”

“Failures,” he asks incredulously. “The motor is turning, isn’t it?”

Here’s where semantics come in to play. The correct term for me to use would have been “failure modes”. This is where many people don’t understand what EMT is. Any electric motor can have any number of failure modes present in it and still spin when you apply power to it. Turn to turn shorts, misalignments, soft foot, contamination on the windings, all of these are failure modes. We could also have embrittled insulation, moisture intrusion or rotor bar problems, and when energized the motor will still turn. These conditions left unaddressed, will ultimately lead to functional failure of the motor, where it stops spinning when you apply power. Or worse.

Our goal in the application of EMT in a predictive maintenance strategy is to discover failure modes at the earliest possible point.  In doing so, savings can be realized due to several factors.  A scheduled motor swap is much less costly than one performed in the middle of a production run.  A clean, dip and bake of an electric motor is much less expensive than a complete rewind/rebuild.  If I wait until the motor stops turning at all to take action, repair might not even be possible, and if it is will undoubtedly be quite costly.

For better or worse, electric motors are kind of hearty in that they can have multiple failure modes and still operate when called upon. This, however, doesn’t mean you should leave them alone. Failure modes are called that because that’s what they are. They always lead to functional failure. I often shy away from using the term “Predictive Maintenance” because many people incorrectly believe that a reliability analyst is issued a crystal ball once they’ve been certified in a couple of CBM technologies. We can’t predict when a functional failure will occur, only that at some point it will occur.

EMT isn’t magic, it isn’t voodoo or snake oil. It’s a viable technology that can discover both electrical and mechanical failure modes in motors of all sizes and types. All we’re trying to prove is that it works.