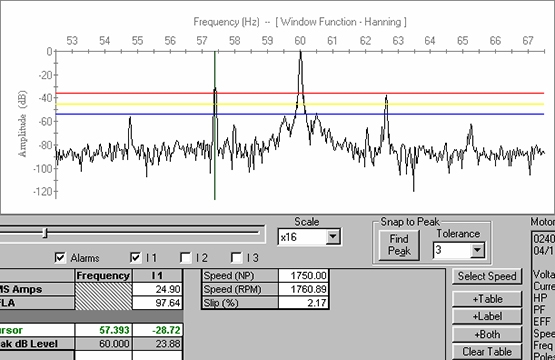 This is a question I hear often, and I’m always glad when I do because it’s not that tough to answer.  This question always makes me think of an expression I’ve heard in the past; “you can never be too rich or too thin”.  Now we know that one can in fact be too thin, just pick up a copy of any tabloid and you’ll see that in the entertainment industry in particular.  I suppose you could be too rich too, though that seems less common, particularly these days.  When it comes to motor testing though, going overboard isn’t that big of a concern.

Both Energized (Dynamic/Online) and De-Energized (Static/Offline) motor testing methodologies are generally safe for the motors where they are applied.  De-Energized EMT does in fact apply very low amounts of current for the purposes of measuring electrical resistance and impedance, but the amounts of current are comparable to what a typical multimeter applies when testing resistance.  We’re talking about milliamps of current at a miniscule level of voltage.  There’s no danger that you’re exceeding the withstand voltage of the winding insulation or introducing enough current through the windings to produce dangerous amounts of heat.

There are testing methods utilized on motors that do have an impact on the condition of the motor itself.  Hi-pot testing is a test method that has been surrounded by controversy of late, due to the fact that voltages that approach the withstand level of the motor winding insulation are used to test for breakdowns in the insulation itself.  If performed improperly, hi-pot testing can continue to deliver damaging levels of voltage past when a breakdown has been discovered.  This typically occurs with older hi-pot test sets, which rely on the test technician to interrupt the test when a breakdown occurs.  Newer testers are microprocessor controlled, and will interrupt the flow of test current within a few cycles of an insulation breakdown, reducing the likelihood of damage to the winding insulation.  Despite these advances in tester technology, many motor end users still shy away from hi-pot testing.

When it comes to Energized or De-Energized EMT however, these concerns aren’t applicable.  Your frequency of testing can be determined based on factors such as operating environment of the motor, or asset criticality.  So in most cases, you really can’t test too much.