Be Curious When Doing Inspections 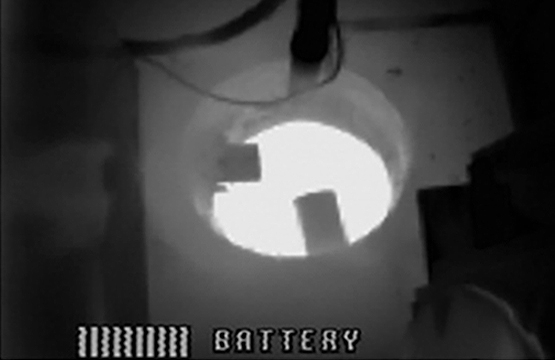 Regardless of the complexities that an infrared scan might entail, it is highly encouraged for the thermographer to always remain inquisitive of their work surroundings, whether it be in a residential or industrial setting. You never know when this attention to detail might help to uncover—and hopefully remedy—any unsafe conditions found. Here are some real-world examples we have been involved in.

While conducting a normal cold weather inspection for heat loss in a residential home, the thermographer discovered a hot energized electrical wire that was attached to the floor joists located in the basement. Upon further inspection, following this circuit led to a sump pump that had failed, causing the water inside the sump pit to actually start boiling! The circuit breaker had not yet tripped, but luckily no fire had started yet due to the amount of water still present in the sump pit. Disaster averted!

While performing a routine warm-weather inspection of a residential home, the thermographer noticed an unusual heat signature coming from within the kitchen light switch, which was later found to supply power to two small florescent lights. After removing the cover plate, the apparent temperature was roughly measured at 118°F (~48°C)—which is much warmer than normal and provided due cause for further inspection because of the potential fire hazard. Had the inquisitive thermographer not scanned around the entire kitchen, this anomaly would not have been found in a timely manner.

Keep in mind that there are many "normal” thermal anomalies found in a residential home that are usually not cause for concern such as the heat emanated from a dimmer switch, a working clothes dryer breaker or a GFI outlet, but the kitchen switch involved in Case #2 did not belong in this category. Thankfully, it did not take the thermographer long to scan the kitchen and in retrospect, it was time well spent ... especially for the homeowners.

And don’t forget to please remember to use proper safety precautions before exploring residential electrical problems!

If you liked this post, you might enjoy our Knowledge Briefs Newsletter. Receive new posts delivered right to your inbox every week!
Sign-Up Here!
Buildings
Infrared Thermography
Inspections
Weatherization