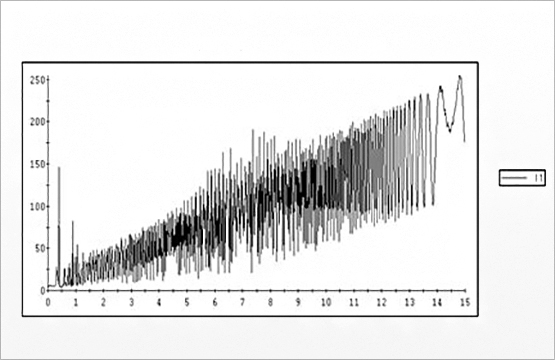 Monitoring your motors routinely during starting is an essential part of a motor testing reliability program. The data gathered can be extremely useful in determining the development of electrical and mechanical faults as well as gauging the timing of then starting circuits.

By far, the most common starting circuit is the “Across the Line Start.” It is used when the level of starting current is not an issue. During a motor start, starting current can attain anywhere from 2 -10 times of the current at full load amps. This is because of the extremely low impedance of the rotor when it is stopped.

Another common starting circuit would be the “Solid State Reduced Voltage Start,” or commonly referred to as “Soft Start.” Soft Starts are used in applications that would draw considerable current if started across the line. Soft Starts incorporate silicon controlled rectifiers (SCRs). The SCRs reduce the applied voltage so that only a portion is sensed by the motor. The SCRs are gated by logic circuits which are supplied by various feedback signals to enable acceleration of the motor to run speed. Soft Stars are used in both low voltage and medium voltage applications. 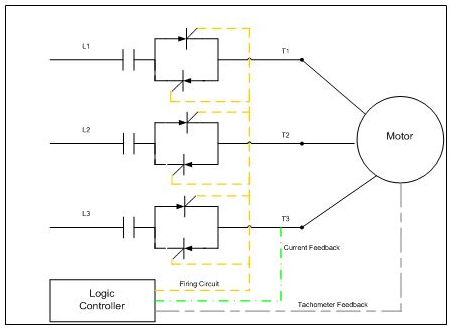 In this starting application, we can still monitor for anomalies as in the across the line starting.  In addition, we can monitor the performance and set points in the soft start. 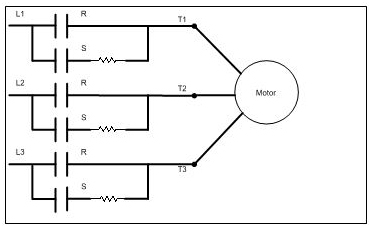 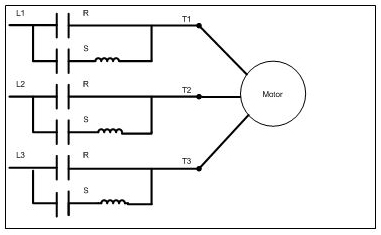 For medium voltage applications reactor are placed in series with the motor during the starting. This, as in the series resistance circuit, reduces voltage and current.

Variable Frequency Drive or VFD is designed for reduced start current. The operating characteristics are such that during starting they can apply full voltage at low frequency.  This enables gradual speed up of the motor with considerable torque and reduced current. 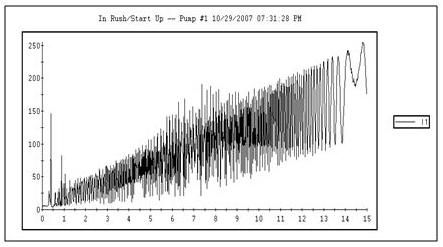 The Auto Transformer Reduced Voltage Start reduces voltage by increasing the phase impedances to the motor. The auto transformer windings are placed in series with each phase during start. The increased impedance lowers starting current. The transformers usually have preset output taps at 80%, 65% and 50%. These are used in circuits where considerable starting current would be required and high starting torque. 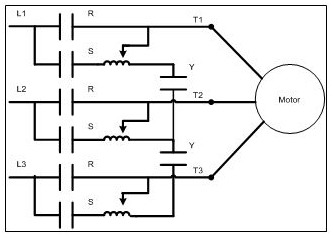 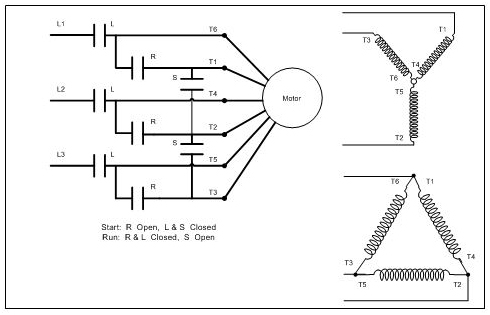 Knowing the type of starting circuit is essential to proper assessment of the in rush current. Periodic trending can provide invaluable data for determining developing electrical, rotor, and mechanical faults.

Motors cost money. To protect your investment, regularly scheduled reliability tests are necessary and part of your reliability testing should include analyzing starting circuits. No matter the type of motor(s) you’re using there is a starting circuit test for it. Utilize this type of testing and keep your motors running stronger and longer!