A Good Troubleshooting Tool is the In-Rush Starting Current 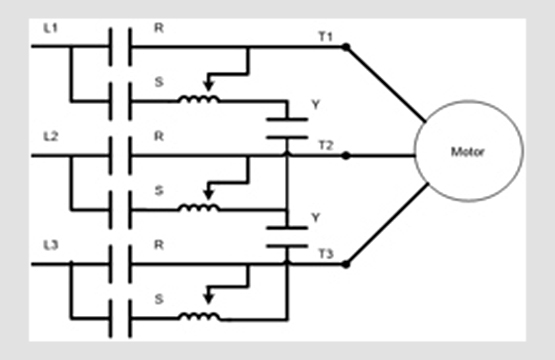 Some motor tester manufacturers provide a test specifically for this purpose. For equipment that does not provide a specific test, it is still possible to monitor motor starts. What is required is to select a current signature test and initiate that test when the motor is started. Using the collected data in a time domain presentation will show the In-Rush current, the transition time to run, and the run current. This test method can also be used with vendor equipment that has a specific In-Rush test, as it gives you peak current in all three phases rather than just one phase.

In-Rush is also a great comparative and troubleshooting tool when multiple like units exist. The following recent case study provides a great example of how this can be invaluable:

A customer was experiencing spurious tripping in one plant area when a particular motor was started. The unit suspected of causing the tripping was a 4160V 1200HP pump motor. Two other similar motors were available at the pumping station. It was our suspicion that the motor in question was drawing higher current during starting, causing sufficient voltage sag on a common bus to trip the other units offline.

In Rush was monitored on all three units with the following results:

The unit in question was drawing 699 amps during start, the other units were drawing 535 amps.

Through correlation of both energized and de-energized test data, as well as observation of the secondary meter circuits, it was determined that the cause of the increased current draw was within the starting circuitry of the motor and most likely the start reactor. All three units operated at comparable RPM and comparable current when loaded. This eliminated the possibility of a mechanical fault. De-energized test data was comparable on all three units with no problems identified in the motor or motor circuit. All CT indications and PT indications were comparable. That left the starting circuitry for the motor as the most likely source of the higher current draw.

The motor starter employed a start reactor. The starting circuit utilizes inductors in series during the start sequence. A variable output allows for 100% of the winding, 80%, 65% and 50% taps to vary the starting current. By monitoring this unit and comparing it to two other like units, it was determined that this unit was set at a lower tap allowing higher starting current and increased bus voltage sag. The bus sag was what was causing the other units to trip when this motor was started. The unit was tapped at 80%, like the other motors and the tripping ceased.

In-Rush monitoring is a highly desirable feature to have on a motor test instrument. It provides a correlation for identifying rotor bar faults as well as identification of high resistance in the starting circuit, and mechanical drive problems.

For more information on In-Rush measurement and differing types of motor starting circuits consider attendance of one of Snell Groups Motor Training classes.