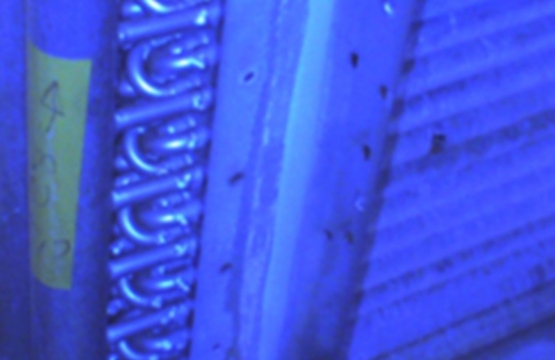 The use of thermal imaging in building applications (both residential and commercial) is fairly well known, and it’s one of the topics covered in our Level 1 - Thermographic Applications course. We discuss its use for detecting conduction loss or gain, air leakage, and detection of moisture in building systems. There are several standards associated with these particular applications, and many home energy agencies recommend it’s use. Here we are discussing one of the areas where IR can be effective but perhaps not as recognized, heating, ventilation, and air conditioning (HVAC) systems.

HVAC systems are obviously powered electrically, and as such, there is the applicability of inspecting those components. A word of caution is worthy of mention here. Inspecting electrical components of any kind should be left to those who are qualified to do so. There are safety concerns that are quite a bit different than what is typical for other aspects of home/building inspections. And just sitting through the electrical inspections portion of our Level 1 course does not equate to qualification in electrical thermography.

Aside from the electrical aspect, there are the mechanical portions of the HVAC system. Within the HVAC systems are other subsystems such as Boilers, Chillers, Cooling towers, Steam coils and traps, Flow valves, and Blower fans. All of which are systems in their own right, requiring different inspection methods than the building requires. The heat exchange process is what makes HVAC systems work. Flow blockages can be detected in the condenser unit coils. Not just if the blockage exists, but often where it is occurring. Damaged coils will also show a thermal pattern that is a departure from those functioning correctly.

It is also possible to detect duct leakage with IR. There are only a few materials that thermal radiation can move through, meaning that the IR imager can see through. One of those is atmospheric air. You will not see either heated or cooled air leaking from a duct. What you might see, depending on conditions, is the heating or cooling effects of the air leaking from the duct as it passes over the duct surfaces and other nearby surfaces. Obviously, the air leaking needs to be at a different temperature than the exterior of the duct and those nearby surfaces.

Additionally, flow blockages/restrictions in ducts are possible to detect by imaging the duct outputs themselves (vents and diffusers). Each vent in a single room should have air output at similar temperatures (remember the vent must have a high emissivity). If you have several vents that are cooler or warmer than others, this could mean that the airflow between them is different. Be careful that you are not inspecting vents that are supplied from two different systems. In some commercial buildings and even larger homes, more than one HVAC unit could be feeding a large space. Ensure that the vents you compared to one another are parts of the same system. You may also want to consider using a "Pocket Weather Station" during these inspections as well, to monitor air flow rates between the vents for balanced air flow rates and verification of restrictions/blockages.

Just one more way you can Think Thermally® when inspecting building systems.