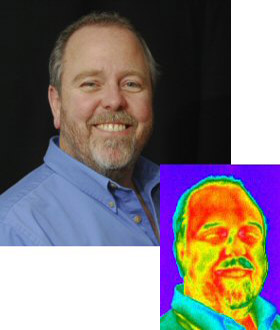 As a partner in The Snell Group since 1995, Jim Fritz is the company’s President and Chief Executive Officer. Originally, he managed the Southwest office in New Mexico while also providing course instruction, development of course materials, and customer service. In 1999, Jim and his family moved to Vermont and he became General Manager of a growing staff, an expanding annual training calendar, and a wider geographic focus across the U.S. and internationally. Jim continues his role as an instructor, as well as focusing on the firm’s strategic direction, growth and success.

Jim’s career in the infrared community began in 1983 working for an infrared camera manufacturer. Notably, he developed and successfully implemented an international sales & marketing plan and instituted a factory-authorized training course. Additionally, he was instrumental in the creation and execution of the company's quality assurance program. Through the customer service department he established, Jim also worked closely to help initiate infrared programs for a number of his large customers.

Jim has written many articles and application notes and lectured at several conferences, including for the Ministry of Power Engineering in the former Soviet Union. He has actively supported the work of SPIE Thermosense Conference and its Steering Committee, and is active in the Thermal Solutions Conference.

“ This is a “must have” course for anyone pursuing the use of thermography! The technical background information coupled with real-world exercises was the most useful part of the course. Jim and Roy were very knowledgeable, highly professional, and made great use of humor while instructing. It was a well presented course. ”
-Steve Hayworth
Drucker & Falk, LLC
Raleigh , NC
United States
See what else people are saying about Jim »