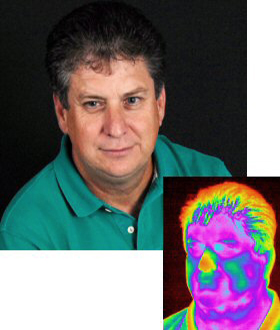 An IR Instructor and Consultant for Level 1 & 2 and specialty courses taught globally, this Snell Group team member since 1999 is known to his colleagues and customers simply as “Van.” Outside of the classroom, Van also performs inspections services including electrical and mechanical surveys. Prior to joining The Snell Group, Van was the Reliability Manager and Thermographer at Dominion Terminal Associates in Newport News, Virginia for sixteen years. He was responsible for the supervision of all employees in reliability. In 1994 he helped the company establish a thermography program that reduced costs by $100,000 over a two-year period.

In addition to other professional work in the private sector, Van spent a decade as an Aircraft Mechanic for air frames and hydraulics in the United States Navy. From 1970-1980 he was responsible for troubleshooting, repairing and inspecting complex aircraft hydraulic systems and was in charge of the Corrosion Control Shop where aircraft components were maintained. Upon completion of duty, Van was honorably discharged as Petty Officer First Class. In his free time Van enjoys flying, has his pilot’s license and is pursuing an instrument rating. He is an avid outdoorsman who enjoys skeet and clay pigeon shooting as well as scuba diving.

“ The course was a good mix of hands-on experience and theory. Van was extremely good at keeping the mood light while conveying the information necessary to teach the course. I felt at ease to ask questions. ”
-Dean Olson

Marquette , MI
United States
See what else people are saying about Harold »