What Temperature Should I Report? 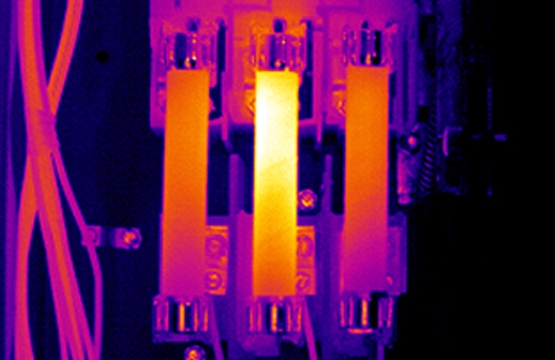 Temperature is defined as a measure of the relative hotness or coolness of a material compared to a known reference. We use relative temperature scales such as Fahrenheit and Celsius in most day-to-day temperature measurements. They are called relative because they are relative to the boiling and freezing points of water (Fahrenheit used a brine solution). That is a common reference. We also have absolute temperature scales, Kelvin, and Rankine, which are called absolute because they start at absolute zero and that is our reference, the point where molecular motion stops. However, in thermography, it is not just a question of which scale to use because once you decide on Celsius or Fahrenheit (usually), you must determine which temperature to report. Rise over ambient? Rise over adjacent/normal phase (in electrical applications)? Apparent temperature? Which one do you use in your report when required to report the “temperature of a suspected fault?” should you use a different one for trended temperature data?

For many applications, qualitative data may be adequate. Ideally, we may avoid reporting any temperatures due to the potential limitations and potential inaccuracy of radiometric measurements. But, when required by the end-user (person or persons that we provide the report to) to report temperatures, we must consider the pros and cons of each one.

Rise over ambient temperature is another possible temperature to report. To use this method, we must ask, what is ambient? And how did we determine the ambient temperature? Did we use the weather forecast? A personal weather station? An app? Or, did we use our camera to get an apparent temperature from a wall or floor (which from the above paragraph we know will not be exact)? Whatever method is used must be documented and we must consider the reliability of the method. Another concern with this method involves distance. If we are looking at a splice on an overhead line, 100 feet in the air, are the ambient conditions there going to be the same as where I am standing? Probably not. Another example might include the ambient near a belt-driven asset or a motor will be significantly different than where the thermographer is standing.

For thermographers that usually work as outside contractors, you may want to include a disclaimer in your reports explaining what temperature(s) you are reporting, how you determined those temperatures, the limitations of the technology, and factors such as emissivity.

Without proper training, many people do not understand that infrared cameras are not just expensive thermometers. The camera measures infrared radiation and from that data calculates or infers a temperature for us, which is not always correct or exact. If we understand the limitations of the technology, basic heat transfer theory, and the pros and cons of what data to report we can avoid some of the pitfalls that beset the untrained. Remember, you are only as good as your reports so make sure you report what is relevant.