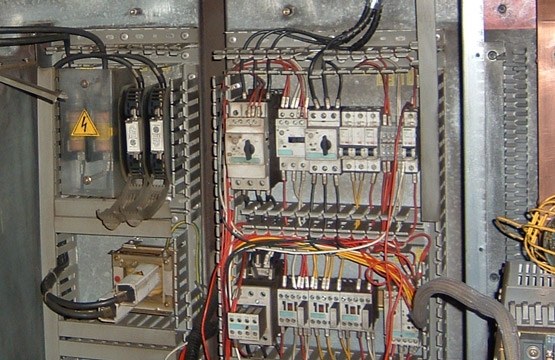 One of the benefits of holding an onsite thermography course is that we can customize the hands-on sessions to that facility by practicing the newly acquired knowledge in field conditions. During these exercises, I have often seen a typical, yet potentially devastating novice thermographer mistake. Pointing.

In one particular incident, the class had just finished the portion of the electrical application; after a short safety briefing, we entered the plant, in this case, a power generation facility. One of the qualified electricians donned the appropriate PPE and opened a rather large, energized panel, while the others (wearing lower-rated PPE) stood outside of the arc flash boundary, waiting to scan the various components. The first student moved into position and started a systematic scan from top to bottom. He soon realized a common thermography dilemma; many of the components were not only identical in type, shape, and size but were also densely grouped making it difficult to differentiate in the infrared image. 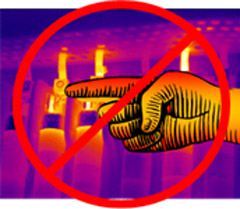 Upon discovering that one of these matching components was significantly warmer, he now had to identify in the panel the one he was observing in the camera. He needed a point of reference… what do we commonly use in other situations, we all have one, it is very accurate, and easy to use? That’s right, he removed his right hand from the camera, stretched out his arm toward the panel, hand slightly bent, finger extended toward the live equipment. Fortunately, today many infrared cameras have a laser pointing device. There may be some parallax so caution should be used with identifying a component or phase. 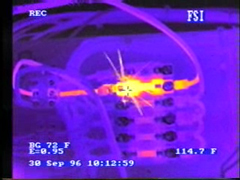 Glued to the image on the camera's LCD he did not realize how close he was to having a horribly bad day, luckily for him, everyone else did. Immediately he was pulled back and a potential disaster was averted, and an important lesson was learned by all. This is not an isolated incident and can take place around hot surfaces as well as electrical and rotating mechanical equipment.  Infrared images are so graphically interesting that we have a tendency to have tunnel vision, being absorbed into the image and its implications. You must resolve to consciously fight the urge to point with your finger, keep your hands back and on the camera while performing inspections of mechanical and electrical systems. Failing to do so can cause you and your co-workers to have an exceedingly rough time at the office. But mainly you. So be aware of your surroundings and your digits, and stay safe!