Which Test is Best? 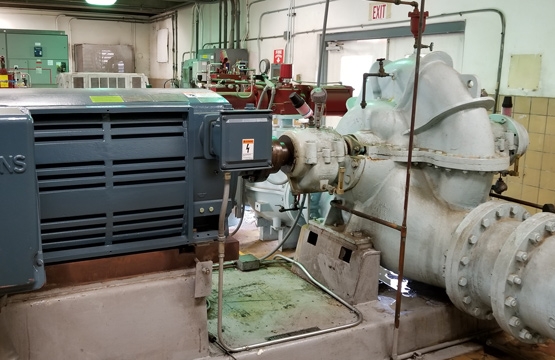 If you’re new to electric motor testing (EMT) you may not be familiar with the testing protocols. One of the most common questions we receive is regarding choosing one testing protocol over the other. Which one is best?

The short answer? Both There’s a reason there are two test methods; they yield two different data sets.

Offline (or de-energized) EMT tests the electrical health of the motor and motor circuit. If there are electrical issues in the motor or motor circuit, offline testing can reveal them. Things like turn-to-turn shorts in the stator windings, contamination of the motor windings, high resistance connections in the motor winding connections or motor circuit. These are some of the failure modes detected when offline EMT is performed. For many of these failure modes, there is simply no other way to detect them. The most important aspect of De-energized testing is that it provides the opportunity to test the integrity of the insulation system from the starter up to and including the motor. All failure mechanism that lead to eventual motor failure cause the motor to run at higher operating temperatures. This leads to thermal degradation of the insulation causing the insulation to become brittle. Cracks now easily develop and turn coil phase shorts and grounding can easily occur.

Online (or energized) EMT tests the motor while it’s in operation. It takes a snapshot of the power quality at the motor circuit, so we can detect issues such as harmonic distortion of the voltage or current sine waves coming to the motor, or voltage or current imbalance. Energized EMT also examines the electrical relationship between the electromagnetic fields surround both the stator and the rotor. When there are mechanical issues, such as soft-foot, misalignment or a bearing failure, there will be movement of the motor shaft in one of several directions. This movement causes interference between the electromagnetic fields of the rotor and stator. This interference is detected either the demodulation spectrum or the high or low-resolution spectrum. Energized testing can be accomplished more frequently, as production demands preclude much down time. The advantages of Energized testing are that it can identify the failure mechanisms that cause the insulation system to degrade.

In conclusion, it is extremely important to test motors de-energized whenever possible to assess the integrity of the insulation. It is also expedient to conduct energized testing with frequent periodicity to identify and correct the problems that will lead to eventual failure.

So, one of these test methods isn’t better than the other; they work in tandem to give us a complete picture of the health of the motors we test. Now there are considerations when deciding when or how often to perform each type of test, those often are specific to the facility and installation. Operational cycles, availability of the motors for testing, and scheduled outages can all drive when motor testing can take place. It’s important however to make a case for motor testing, particularly for critical motors, so that failure modes can be detected as early as possible.