Vibration Analysis or Electric Motor Testing? Why Not Both? 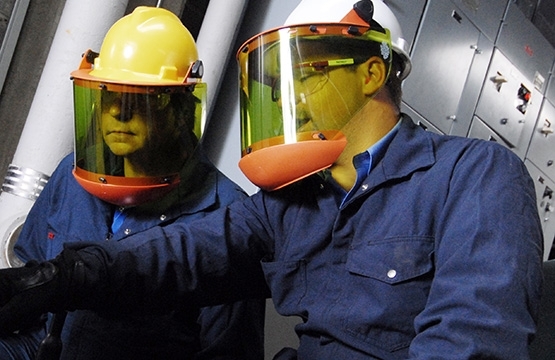 You can take a group of folks (any group really), allow them to spend a few moments mingling, and the group will naturally divide itself.  People typically congregate with others with whom they have some common ground.  Football fans in one group, baseball fans in another for example.

In the world of maintenance and reliability the same thing happens.  Mechanics congregate with other mechanics, electricians with electricians, thermographers with thermographers…you get my drift.  When it comes to motor testing, however, there seems to be this divide between vibration analysis and electric motor testing. Often the question is raised “Which does more for conditioned based monitoring of rotating equipment?”  My question…Why choose sides?

Vibration analysis is often considered a mechanical mode of testing, which makes sense because vibration is a mechanical phenomenon.  In vibration analysis we monitor the direction and magnitude of mechanical movement in a device and those measurements correlate to a failure mode.  In a rotating asset like a pump, the motor could have an issue internally causing abnormal vibration or the pump itself.  Misalignment of components could be the root cause too and there are techniques to ferret out the root causes.

In Electric Motor Testing (EMT) we utilize measurement of electrical signals to give us an idea of the condition of the motor itself.  The motor condition can be impacted by the other components in the asset that the motor is part of.  We can discover mechanical abnormalities with EMT as well electrical ones and those determinations often depend on the experience level of the technician and certain techniques used in the testing process, just like with vibe.

The truth of the matter is, vibration analysis and EMT actually overlap in their functionality and ability to discover discontinuities in rotating assets.  Anomalies discovered with either technology often require further investigation to pinpoint the root cause, which can be hard to accomplish if the asset needs to be shut down and operations folks won’t allow it.  Correlation of your vibe findings with EMT can help narrow the focus of your troubleshooting efforts by ruling out the motor itself or conversely by revealing motor issues that support your vibration findings.  It works the other way around too.  EMT findings can be correlated with vibe, again in many cases without having to take the asset out of service.

Since one of the goals of reliability is reduction of unscheduled downtime, being able to use two methodologies to hone in on a failure while the asset remains in service is huge.

So why choose sides between vibe and EMT?  Both work. Use them!