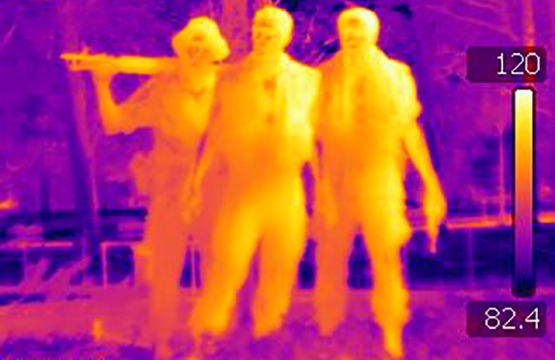 Looking back over the years, as thermal imaging has grown in popularity, it has come to the public eye through movies, television and news. In some cases it’s depicted incorrectly while in others it’s closer to reality.

Starting out, I can remember I knew of only a few applications for infrared. I knew thermal imaging was used in the military, for night-time perimeter security, as well as in aviation when the then current “night vision” was not up to the task, without enough visual light to amplify. Then, with my limited infrared knowledge, seeing thermal imaging in the movies was cool. Only later did I learn that the depictions of infrared in a majority of popular movies were simply impossible. 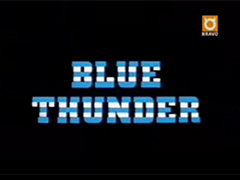 For example, you may remember Blue Thunder (no, not the TV show featuring two NFL legends and a young Dana Carvey http://www.youtube.com/watch?v=GmBIk5RA0EQ), but the movie starring Roy Scheider and Malcolm McDowell. In this movie they depicted an “Infrared Scanner” as being able to “see” people walking around inside a concrete building. As many of you thermographers know, this isn’t accurate or even possible. There are many examples of these incorrect and false representations of infrared technology in Hollywood. Those Hollywood “magic scenes”, instilled some hard-to-overcome beliefs in the general public about what we as Thermography Technicians know to be the “real thermal world”.

Some of the reality cop shows use the technology and expose people to the real world uses of thermal imaging. In the news we have seen thermal imaging in the coverage of the war against terror, drugs, and crime.

I found myself helping customers dispel some of these popular myths before conducting inspections. Such as, “Well, we don’t need to open anything because you can see right through the doors and walls,” and “How can you see the roof when the camera can see through it and see the people move around inside like I have seen in the movies.” I hate it when infrared is depicted incorrectly – it gives customers the wrong impression of how the technology is used.

On the Home and Garden TV network and the Do It Yourself network, Mike Holmes of Holmes Inspections shows how infrared cameras can be used. Holmes stresses that infrared cameras should be used by qualified home inspectors in his belief for conducting home inspections, looking for insulation defects, air leakage, moisture, and HVAC issues. The recent shift in going “Green”, and the increasing understanding that heat loss is a byproduct of an inefficient system, has resulted in using infrared inspections for research and development for new building designs and materials.

This increased exposure of infrared in conjunction with lower camera prices has brought infrared technology to the public on a much broader scale than we could have ever imagined years ago. If you can believe it, I remember my very first thermal imaging system having a price tag of $65,000 plus the cost of the software. The decrease in the cost of infrared cameras has led to more people being exposed to the thermal world. This is wonderful in most cases but unfortunately, it’s often without the proper guidance or training.

If you liked this post, you might enjoy our Knowledge Briefs Newsletter. Receive new posts delivered right to your inbox every week!
Sign-Up Here!
#Condition Monitoring (CM)
#Infrared Thermography