Tales from the Field: Getting Centered - Part One 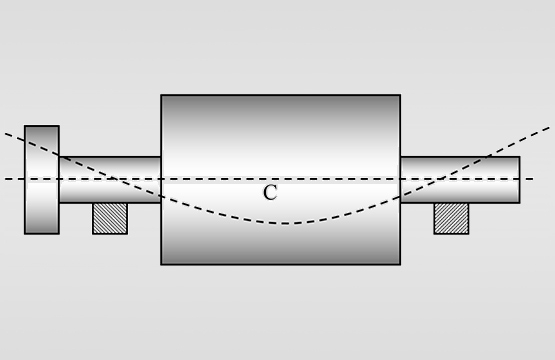 In the electric motor testing field, a good portion of my acquired knowledge was a result of trial and error. When I first started using specialized motor test equipment, the instruments collected significant data and we knew very little about what it meant.  Through constant testing and collection of empirical data from multiple sources, correlation of data with my technical experience and electrical theory background, I was able to gain a level of comfort and proficiency. Even though I had developed a comfort level with this new and emerging technology, there was, and still is, those problems that cause frustration. It is these problems that add to the learning experience and move the technology forward.

I was performing motor testing services at a major refinery. I found a 4000HP medium voltage motor that had signs of sever rotor problems. The refinery pulled the motor and disassembled it. The rotor had signs of significant heating. The Maintenance Manager was a little upset because this motor was just returned from a motor shop. I recommended that they send the motor to the shop I was working for.

The motor was sent to our shop and we had to have the rotor rebuilt and the shaft machined. All seemed to have gone well. The motor was returned to the refinery, but-when loaded it had excessive vibration and a noticeable whining noise. The motor was returned to the shop. It was thoroughly inspected and no problems were found. I was called in to test it de-energized and also found no problems. I suggested that we send it to the Reliance motor manufacturing plant in North Carolina, so that we could put the motor on a dynamometer and run it at load. That way we could check vibration and current signature.

I, at this point in my motor testing career, had not done much energized testing of motors with electrical motor test equipage. My experience prior to this had been single channel current acquisition with a vibration data logger and motor current signature software.

The motor was energized and run to full load. Vibration data was inconclusive; however my current signature data indicated an eccentric rotor. My assessment was met with heated debate. The motor shop guys insisted that all mechanical tolerance were fine, the vibration analyst could not correlate my findings.  Again, having not done much testing of this type, my confidence in the data was not solid.  We de-energized the motor and I performed a rotor influence check (RIC).  The RIC did not indicate any eccentricity.

Tune in next month for Part Two of "Tales from the Field: Getting Centered" to find out what the problem was and how that determination was made.

If you liked this post, you might enjoy our Knowledge Briefs Newsletter. Receive new posts delivered right to your inbox every week!
Sign-Up Here!
Electric Motor Testing (EMT)