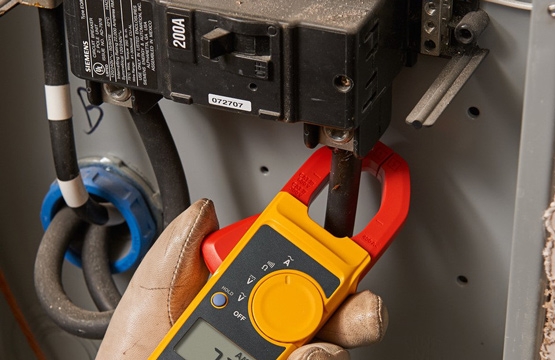 My job is quite fun. I get to spend time with a new group of people with every class, talk about something I enjoy immensely, and in a lot of cases I get to help folks even after training. If you’ve taken a class from me, you’ve heard me encourage you to call if you have questions. Often, I learn by figuring out answers to questions people ask. In some cases, the calls I get lead me to write a blog about that topic of discussion…, you know…sometimes…

Let me paint a picture here. Imagine you’re doing an inspection route of MCCs. You open a bucket, and you detect an anomaly. You’re excited, because this is your job after all; detecting defects. Oh wait, there’s more. There’s not just one anomaly, there’s two! One is on the output terminal block, one is on a fuse clip. They’re kind of low grade in terms of their apparent temp and the Delta over the nearby similar components, but daggone it you found them. Heck yeah! You write up your data, your escort closes the door and you move on to the next bucket.

Fast forward a week, you’re alerted that the motor being fed by the bucket you reported was replaced. The failure mode is a late-stage bearing failure. You’re asked to follow up on the bucket and see if there are still defects. In your mind, you say “Uhhh, what? How’s a bearing defect going to give me the kind of anomalies I found? It wouldn’t.” Then to your surprise, you inspect the bucket again and can’t find the issues you saw a week ago. You measured the load on the circuit at that point, but you didn’t on the previous inspection cycle. Oops.

Scratching your head? Yeah, I get that. How are these dots connecting? This next part is speculation on my part, but I think it makes sense. The current out of the bucket at the time of the second inspection (after the motor with the bearing issue was replaced) was 44% of the FLA rating of the motor. The NFPA-70B recommends loads at 40% minimum. The reason for this is that at loads below 40%, insufficient levels of heat are being generated for defect detection. My theory is that the load on the motor was higher during the first inspection cycle. The images taken of the detected anomalies had the distinct pattern that is consistent with increased electrical resistance. If the current on the circuit was higher at the time of the first inspection, those defects would be much more easily detected than at 44% of full load. There would have had to have been some other condition in addition to the detected bearing failure causing the set of conditions that made the discovery possible. If we knew what the load readings were at the time of the first inspection, we could maybe make some informed guesses. However, it wasn’t collected. I’ve no doubt that the previously detected defects are still present, and maybe with a tighter span setting might have been detected.

We beat this horse beyond expiration in Level I; it is imperative to collect every single piece of data that might be relevant to your findings. You can’t know when you’re collecting it whether you’ll ever need it or not. There’s an old adage about it being better to have something and not need it than need it and not have it. Collect it all, use what you need, archive the rest. Once you develop the habit of collecting all the pieces of data, it doesn’t take any additional time and it might even save your bacon one day. Do it!