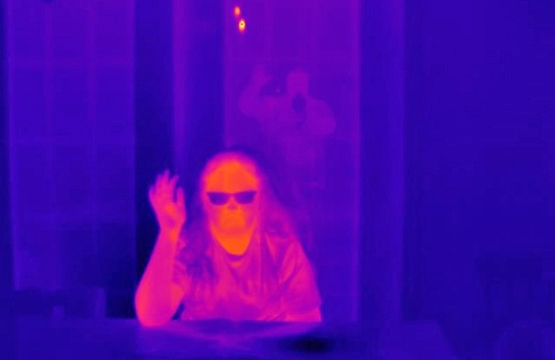 During the Introduction portion of our Level II course, I like to mention the value of understanding the limitations of your imager. Obviously, it’s important to understand what your imager can do, but often it’s as important to understand what it can’t do. This is especially important when discussing the capabilities of your imager to individuals who aren’t trained in the technology. I am continuously astounded by how many otherwise savvy people think that IR imagers work exactly as they’re portrayed in movies and television. So, let’s take a look; what they can and can’t do.

See through walls: Survey says NOPE. Cop shows and action movies are notorious for perpetuating this misconception. Neither longwave nor mid-wave thermal imagers can “see through” very many materials. Very few, in fact. These might include atmospheric air, polyethene film (like plastic bags), certain crystalline materials such as germanium (the lens of some imagers) and silicon (in the mid-wave spectrum). Your thermal imager sees radiosity from surfaces, not through the surface.

Detect if a person has a fever: This one is a “maybe”. Human skin is very emissive, which means I can reliably measure it radiometrically. However, surface temperatures of humans or anything can vary with surroundings. For example, if a person is perspiring, they may measure a lower temperature on their skin than their actual internal temperature due to evaporative cooling.

See through glass: That depends. Look at the image above. The young woman seated has a glass door behind her and is waving at the thermographer, who can be seen in the reflection of the glass waving back. Glass is partially transmissive in the mid-wave IR spectrum, down in the lower wavelengths. By the time we get to 5 microns, glass is completely thermally opaque and remains so through the entire longwave infrared spectrum. In the longwave spectrum, glass is not thermally reflective like bare metals, but the reflections seen on glass are very sharp because glass is typically very specular.

Verify accuracy of other temperature measurement devices: This one is tricky. IR Imagers are capable of relatively accurate temperature measurements under the right conditions. The accuracy of most imagers is +/- 2% or 2°C, whichever is greater at 30°C. As distance increases and as surface temperatures move away from 30°C that variance increases. There are newer imagers with higher accuracy, but temperature accuracy is dependent upon the emissivity of the surface as well. Low emissivity surfaces don’t emit energy well, so the camera’s capability is affected by that.

Your thermal imager can reveal defects in equipment by providing a visible depiction of the thermal profile of surfaces, so they can be compared. What is most important in the PdM application of thermography is ensuring that inspections are performed under conditions that increase the likelihood of detecting defects. This means that the equipment is under adequate load, that convective cooling is minimized, and thermal reflections are reduced or accounted for to the greatest degree possible. Focus on having the right conditions for inspections and you’ll yield more favorable results.