If There Can Be Only One… 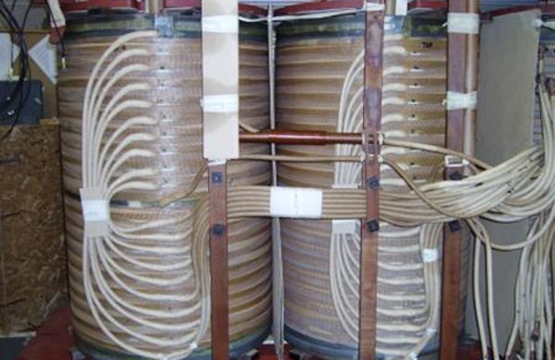 The title of this blog is in reference to the movie Highlander. You might not have heard of it since I don’t think it did well at the box office. Long story short, there are a group of immortals who must battle each another because there can be only one immortal, and that remaining immortal will receive “The Prize”. Therefore, they battle one another until only one remains. But I’m not writing here to talk about immortals, I’m here to talk about motors, specifically the testing of them.

Since developing a comprehensive motor testing program is a fairly large-scale endeavor, something that is often asked, is which methodology we should begin with if a choice must be made between them. Offline/static/de-energized, or online/dynamic/energized? As some of you are aware, the data sets we reap from each methodology differ and thus yield varying discoveries. I’m often asked, “which is better?” It’s not so much a question of one being “better” than the other, it’s what can be revealed by each, and what other technologies are you already applying?

I almost always answer in support of De-energized testing however, if a choice must be made from the standpoint of defect detection and elimination. Here’s why. De-energized Electric Motor Testing (EMT) is a test of the motor and the motor circuit. One will detect defects related to the electrical health of the motor and its associated circuitry when performing an offline test. Resistance to ground, phase to phase resistance, capacitance to ground and phase to phase inductance will reveal to the experienced analyst defects that are very unlikely to be found utilizing any other type of testing. Turn to turn shorts, winding contamination and insulation breakdown are all failure modes I can discover with offline EMT. These failure modes may present themselves in other ways, but the earliest discovery of them is most likely by using this methodology.

Conversely, many of the failure modes detected with online EMT can be detected with other technologies, and in some instances much sooner than with EMT. This doesn’t discount the value of online EMT. For example, vibration analysis is usually one of the first technologies applied in CBM strategies. In my opinion, if I’m already applying vibe to rotating assets, and I’m using IR Thermography for electrical and mechanical inspections, and only one EMT methodology is to be undertaken, then offline is going to deliver the greatest early return. Here is a good time to mention as well, that De-energized testing of motors upon receipt from the manufacturer or repair facility can help detect defects before motors enter your inventory. Acceptance testing is essential to a mature motor testing program, and should ideally include pre and post installation testing before power is applied.

So, if Connor MacLeod is correct and there can be only one, let it be offline.