Get Off your %$# and Start Testing Your Motors 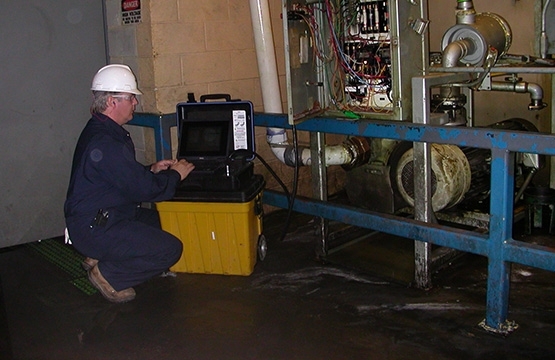 I’m writing this for those that will probably never read it. Those of you still trapped in the mid-20th Century. I’m also writing this slow because you don’t read very fast and it will take you forever to catch up. You are the guy that doesn’t get it, you come up with every excuse possible so that you don’t have to test your motors. “As long as I have my meter and my “wiggy” I don’t need any other test equipment.” Oh and another great one, “That motor was running when I shut it down and it’s gonna run when I hit that start button.” So how do explain your motor failures?

I could lay all kinds of statistics on you like the 1986 EPRI Study that showed that greater than 47% of medium and high voltage motor failures were electrical and that motors in your plant probably last less than 5 years when they should last 20 or more. I bet that you don’t realize that almost 25% of all power consumed in the United States is consumed by electric motors. In most industrial facilities, motors consume upwards of 70% of the power. I could also tell you that when you go to get a spare motor out of the warehouse, you have a 30% chance of selecting a bad one. Taking simple steps and routinely monitoring your motors can result in a substantial savings in operational costs not to mention the fact that plant reliability will increase significantly.

Electric motor testing is a “no brainer,” and those with no brains or significantly lacking common sense don’t do it.

So when you are done not reading this go back to where you reside, in your Corvair, to the mid-20th Century.