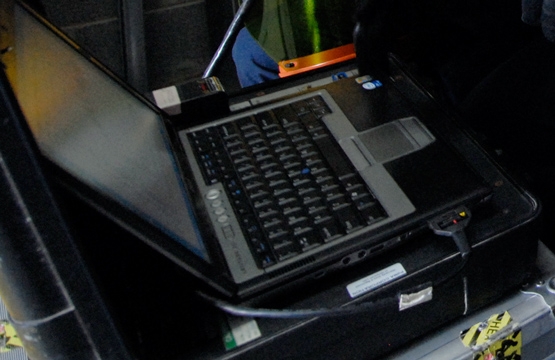 It was close to 25 years ago that my 20-year career in the US Naval Submarine Service led me to a job in Tampa, Florida. Little did I know, that, I was on a career path in an emerging technology. A path that would outrage some in the electric motor manufacturing and repair industries. A path for a technology that would provide significant maintenance capabilities for any commercial facility that had critical electric motors. It was both an exciting and intimidating time. Although I had an extensive background in electric motor theory, operation and maintenance, as well as considerable experience with multitudes of different testing and diagnostic equipment, this was a new frontier.

My new job placed me in front of a computer-controlled electric motor tester. A laptop computer, a rare sight at the time, mounted on top of a composite molded fixture with test circuitry underneath, all contained in an aluminum “Zero Halliburton” case. The circuitry for the test capabilities was not a problem. I fully understood how each instrument functioned, it was that computer and the lines of script that flashed across the screen that intimidated me. The circuitry was simple, meg-ohmmeter, capacitive and inductance bridge and a digital low resistance ohmmeter. I had used this equipment hundreds of times over the years to perform preventive, diagnostic and corrective maintenance. It was that darned computer! The fact that the tester was controlled by a computer is important, I believe, because of that time; it slowed the acceptance of the technology. Old school vs. technology!

So, with this computer-controlled multi-function test instrument, we set out on a steep learning curve. We were conducting measurements on motors and motor circuits without any clue what to expect? What is good? What is bad? To start; we need data, data and more data. We went off in all directions testing motors where ever and whenever we could just to collect data. This provided us with proficiency with the equipment and we began to determine parameters for “normal.” We also procured several motors and worked in conjunction with some “forward thinking” repairs shops to insert faults and then see the effect on acquired data. It took about 2 years but- we now had a high confidence level for evaluating motor and motor circuits. We also had a considerable database of motors to determine empirical values for fault alarms. We were ready to aggressively market our product!

None of us were trained in sales and marketing and we truly believed that the merits of the equipment capabilities would easily sell. I must say, that trying to market something new, especially when it involved a computer during that time was extremely difficult. Motor shops and eventually motor manufacturers, when we started identifying problems with their motors, were not “happy campers.” It soon seemed like NEMA and EASA had set out to denigrate the technology citing “No Standard” for any of our acquired data. We were threatened, by one of the World’s largest motor manufacturers, with legal action after finding problems with many of their new motors. This resulted in some high-level meetings with motor design engineers, to prove that we were capable of diagnosing rotor and stator faults with static test measurements of resistance and inductance. One incident at a motor shop, I remember vividly, got quite contentious. I was tasked with going to this shop to provide a demonstration.  They had a stator set aside for me to test. It was a rewind that had not been “dipped and baked” yet. I tested the stator and it exhibited data unlike anything that I had ever encountered. It was perfectly balanced resistively and had a 13% unbalance in inductance. I told them that I never saw anything like this and they started taunting me, like a bunch of kids on the playground. “What’s the matter Sonny, the magic box not telling you anything?” “Our customers are using your tester and questioning rewinds and you can’t find a simple problem!” I think that everyone in the shop had gathered around to witness my dilemma. I endured numerous vulgar comments as they piled on. After several minutes of looking at a wiring diagram I sketched and enduring the harassment and crude comments, I turned to the group and said you have a coil reversed in phase 3 and proceeded to pack up my equipment and left without saying another word I left. A few years later I ended up working for the man that referred to me as Sonny. He became one of the strongest proponents of motor testing I’ve encountered over the years. Scenes, like the aforementioned incident, happened to all of us, but- eventually, the tides started turning.

Since the early days of computer-based electric motor testing, I have had the opportunity to travel around the World and I have been in just about every type of manufacturing and commercial facility imaginable. I have tested motors rated in ounce inches of torque up to a NASA wind tunnel motor that was an 80,000-horsepower synchronous motor that was coupled to an 18,000-horsepower wound rotor motor that was used to get the synchronous rotor up to speed before it was energized. Over the years I have tested thousands of motors. I have had the opportunity to identify motor problems that saved customers millions with a single find. However, the value of electric motor testing is not what you have found, but what you are able to prevent. In that regard procurement of motor test equipment doesn’t cost; it provides great value by the failures and unscheduled outages it prevents.

In 2002, I was hired by the Snell Group to train Thermographers on how to conduct electric motor testing. To be consistent we would use word documents and PowerPoints so that the same information was shown to each trainee. Our company management saw the potential in providing this training commercially, so we developed formal training courses. We currently market “Open” and “On-Site” training for energized and de-energized electric motor testing. Now we are entering the next level of implementation. What is needed is professional recognition for the skills and knowledge required to be successful at electric motor testing. We have been working with the motor tester manufacturers to develop a viable certification process that encompasses the knowledge and skills necessary to be effective in the performance of this craft. Certification for this craft is long overdue and should be implemented as soon as practicable.  Snell Group is working to implement Certification standards by early 2020.

Electric motor testing has come a long way. The software has become capable and user-friendly and equipment is rugged and reliable. Over the last 25 years the non-believers now believe, the doubters are now convinced and those with critical views have been silenced. The technology is here to stay. The only question that remains is; when are you going to begin electric motor testing?