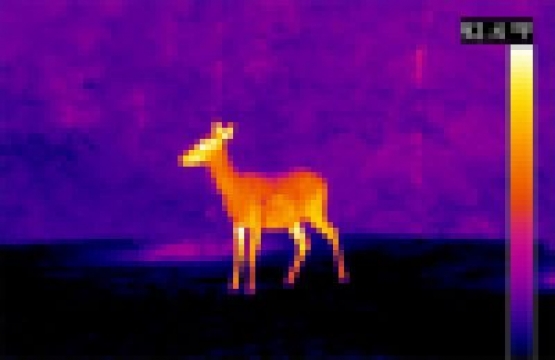 Over the course of my years, I’ve been asked to inspect many sites, from a federal reserve bank to a mine 1600 feet in the earth with my IR camera. Not long ago, I was asked to inspect something I had not ever looked at before. A campground. The campground had just been sold and the new owner wanted to know what kind of shape the place was in. At first I thought, “this is going to take forever to look at all the campers.” However, I was getting curious as to what a bunch of campers would look like in IR. I’m just a geek that way.

It was late June, but I figured it would be easy to create a Delta T using the AC on the campers. To my surprise, when I arrived, the owner of the campground wanted me to inspect the electrical equipment at each campsite, no campers. Bummer.

There were over 150 campsites and 1/3 of those were for primitive camping. The remaining 2/3’s had a small disconnect on each site for campers.

This particular disconnect won the Highest Temperature for a Disconnect Award (a very prestigious honor…)! There were 99 runners up, too. Not only did I inspect all the disconnects, there were utility pole connections, connections in mid-air, and conductors stapled to trees.

Prior to this, I never really sat and thought about a campground needing an IR survey. A lot of people go camping, resulting in a lot of campgrounds, some quite large. That means there is a lot of electrical equipment that when installed properly, the campers will be safe. If not installed properly, it could result in a dangerous situation.

We started at the main office building service drop. The sub-panel inside appeared to be ok, and the connection shown above was the responsibility of the local utility company. They were out a few days later to fix the problem.

Site after site, contact surface problems abounded. I saw more of them than I did wildlife. Some appeared to be due to corrosion, others appeared to be very loose connections.

And, as the photos above and below show, all electrical equipment needed to be brought up to code!

So, the next time you’re out at that favorite camping spot, pack your IR camera. It’s not all wildlife out there!

If you liked this post, you might enjoy our Knowledge Briefs Newsletter. Receive new posts delivered right to your inbox every week!
Sign-Up Here!
#Electrical
#Infrared Thermography